Usually it is no problem to delete OSB projects from the server. This can be done by the sbconsole. But today we had a problem with a misconfigured OSB project.

There was no possibility to modify the project, because activating the changes always resulted to a error message. Deleting was not possible and overwriting with a correct project failed also. Additionally the project had some influences to other projects and lead to crashes on them.

Before doing a complete reinstallation of the OSB I wanted to try to fix this deadlock.

On the Weblogic  I found some mysterious deployed EAR files, but stopping and undeploying them didn“™t have an effect.

After some searching I finally found the folder /oracle/fmwhome/user_projects/domains/dev_soasuite/osb/config/core. Inside the folder there where a some folders named like the deployed projects and some additional folders. I decided to delete all folders with names matching to the names of the folders of my deployed (and sometimes previously deployed!) projects and leaving the folders

Of course I did this while the OSB was shut down. After starting up all projects in the sbconsole were disappeared and I didn“™t observe any problems after this interference. 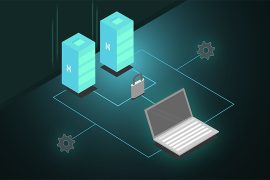 Access a Standby System with a Single IP Address? Yes, it works!