Starting from the Star Wars Day (04/05/2017, probably a good sign;-) to the 05/05/2017 the BuildingIoT 2017 took place in Heidelberg. Otto Fitz and Dominik Bial went there to represent OC at our booth (we were gold sponsors) and with the talk „IoT als zentraler Treiber der Digitalisierung (IoT as Enabler for Digitisation)„.  The talk was given by Dominik and Christian Pereira from Q-loud.

Networking and meeting people were a lot of fun. Besides that, we had great discussions at our booth. Security, integration and projects were the key topics this year.  Moreover, a lesson we already learned at the Hannover Messe 2017, analytics is becoming more important as a key skill and, therefore, it is interesting for partnerships. As soon as there is the data, concepts and knowledge are needed to come to insights. Luckily, OC has already a strong background in analytics, so that we can look forward to new, interesting projects.

Our favorite three talks were: 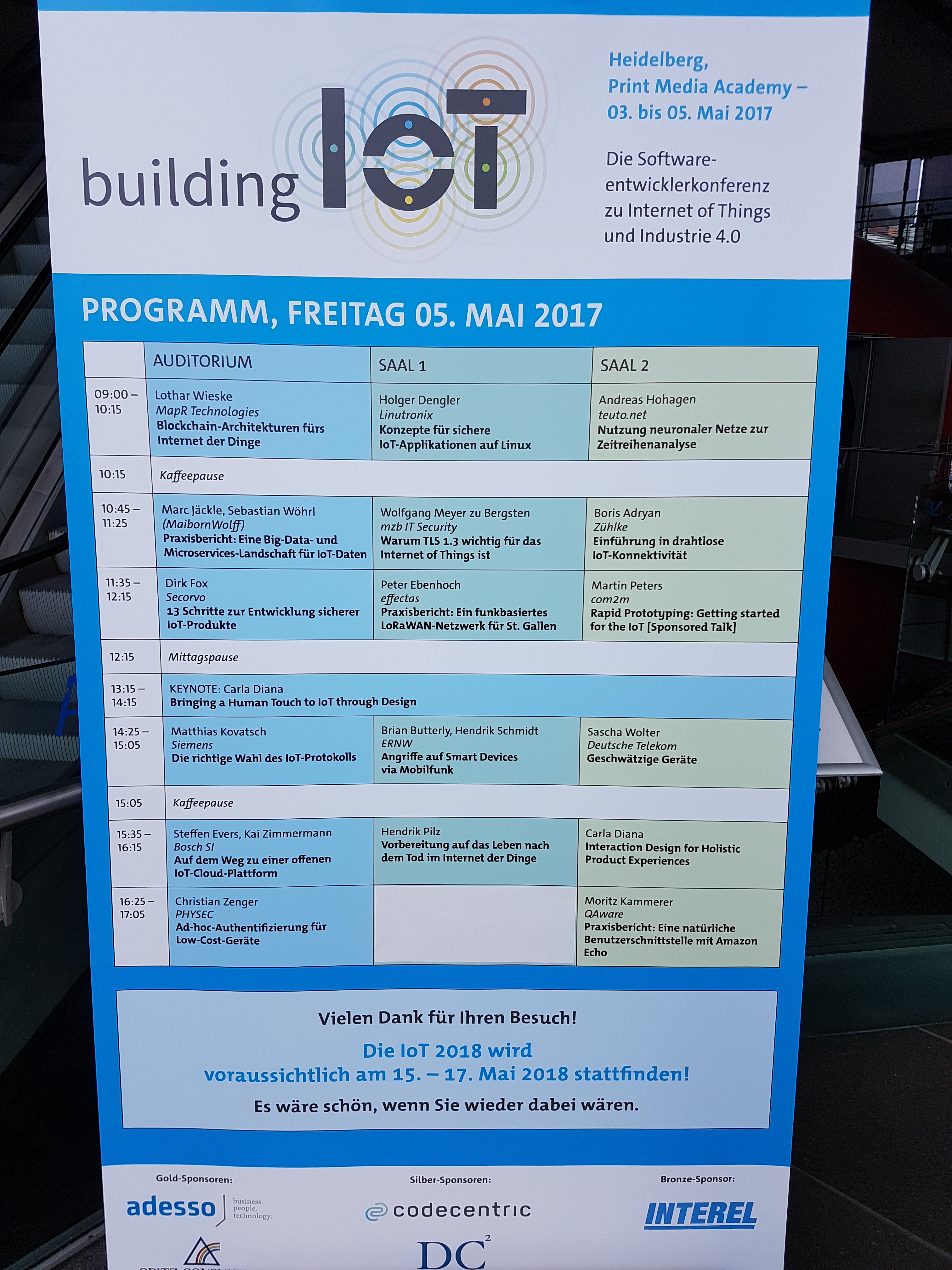 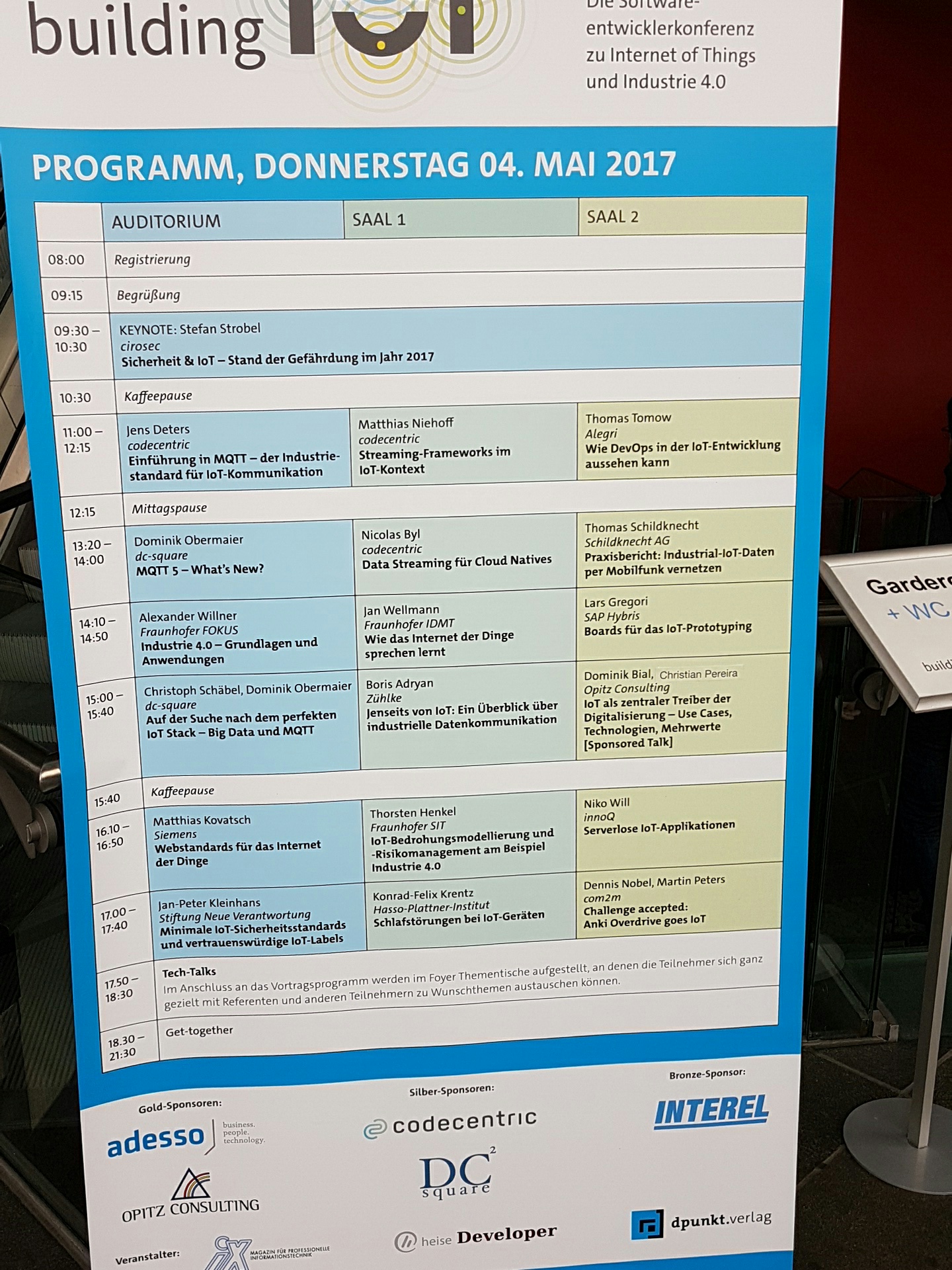 The Q-loud sorter showcase in combination with the Hololens was definitely an eye catcher which attracted people and resulted in a lot of discussions.  If you are interested, Otto published a video on youtube. 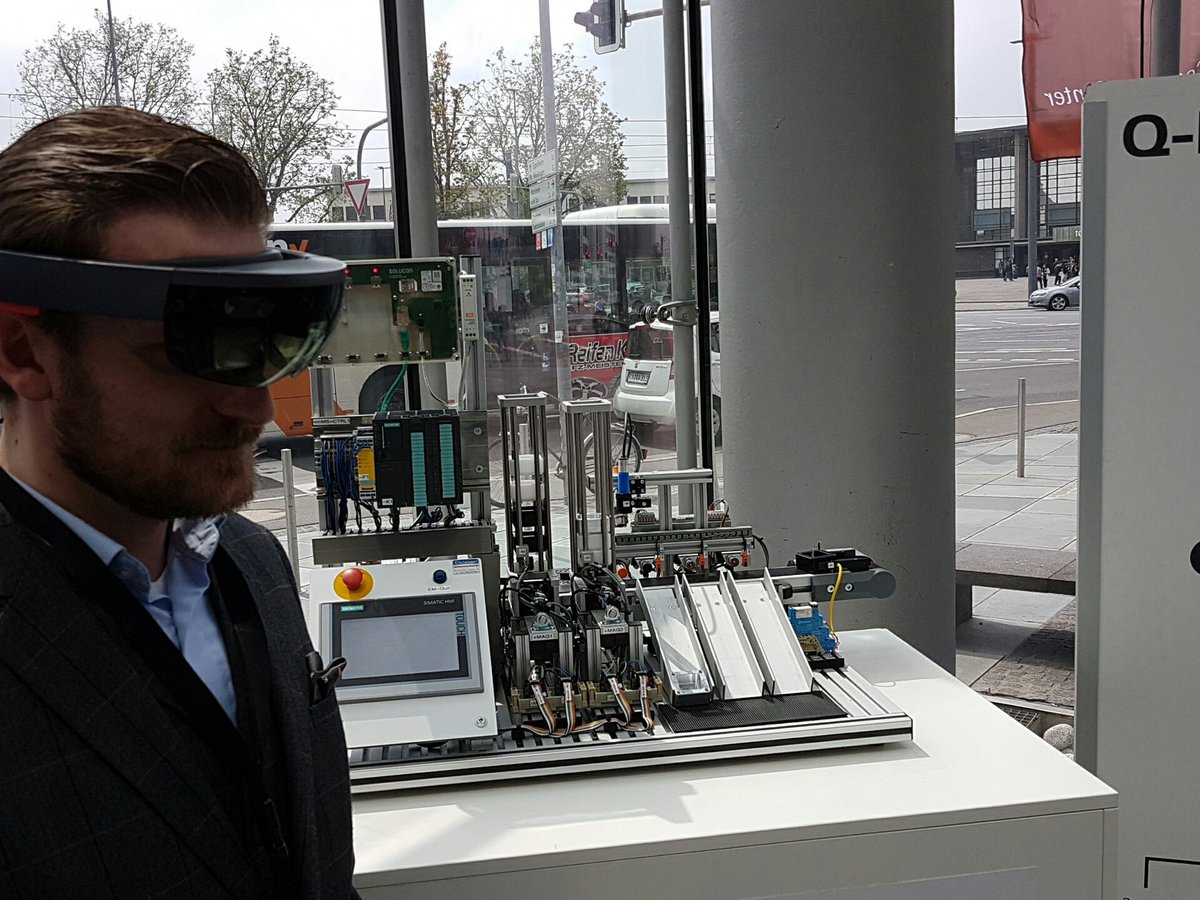 Overall, the conference was a great success and brought together developers, innovators and managers. We are looking forward to next year.