The WLS JMS Unit-of-Order feature (UOO) is well documented in various papers and blogs; it mainly enables numerous message producer to group messages into a single unit that is processed sequentially in the order the messages were created. Until message processing for a message is complete, the remaining unprocessed messages for that Unit-of-Order are blocked. This behavior makes the usage of UOO essential in cases that a specific processing order must be adhered to.

But what happens in a High Availability Environment using distributed queues, when a node breaks down? How can the processing order be guaranteed under these circumstances? This article is a practice report answering these questions.

Use the Admin Console (Admin Server) to perform the following steps:

The following was observed:

The processing order of messages can be guaranteed in a clustered Environment when using JMS Unit-Of-Order.

If a cluster node crashes the distributed queue is not able to receive messages of a certain UOO for approximately 10 sec. which might be for the most cases a sufficient small amount of time. 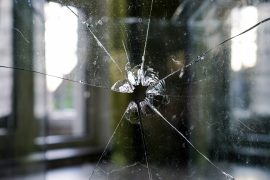