In our prototype we used an Oracle CEP Embedded application running on a separate Raspberry Pi to scan the network for arriving / leaving devices and link them to our users. We could have left this logic in our Spring server and have it running in our service layer but we wanted to learn more about Oracle CEP and this seemed a good way to start. What needed to be done:

Okay so once we had these necessities settled we started checking out a few tutorials about CEP. There’s an Eclipse plugin that one uses to build the CEP application and its all about event flows. There are three central files (plus your code that is) that one needs to look at:

The context.xml file is all about defining all sorts of beans and is where the framework generates the Event Processing Network graphic from. This is how the two look like (code & generated design) 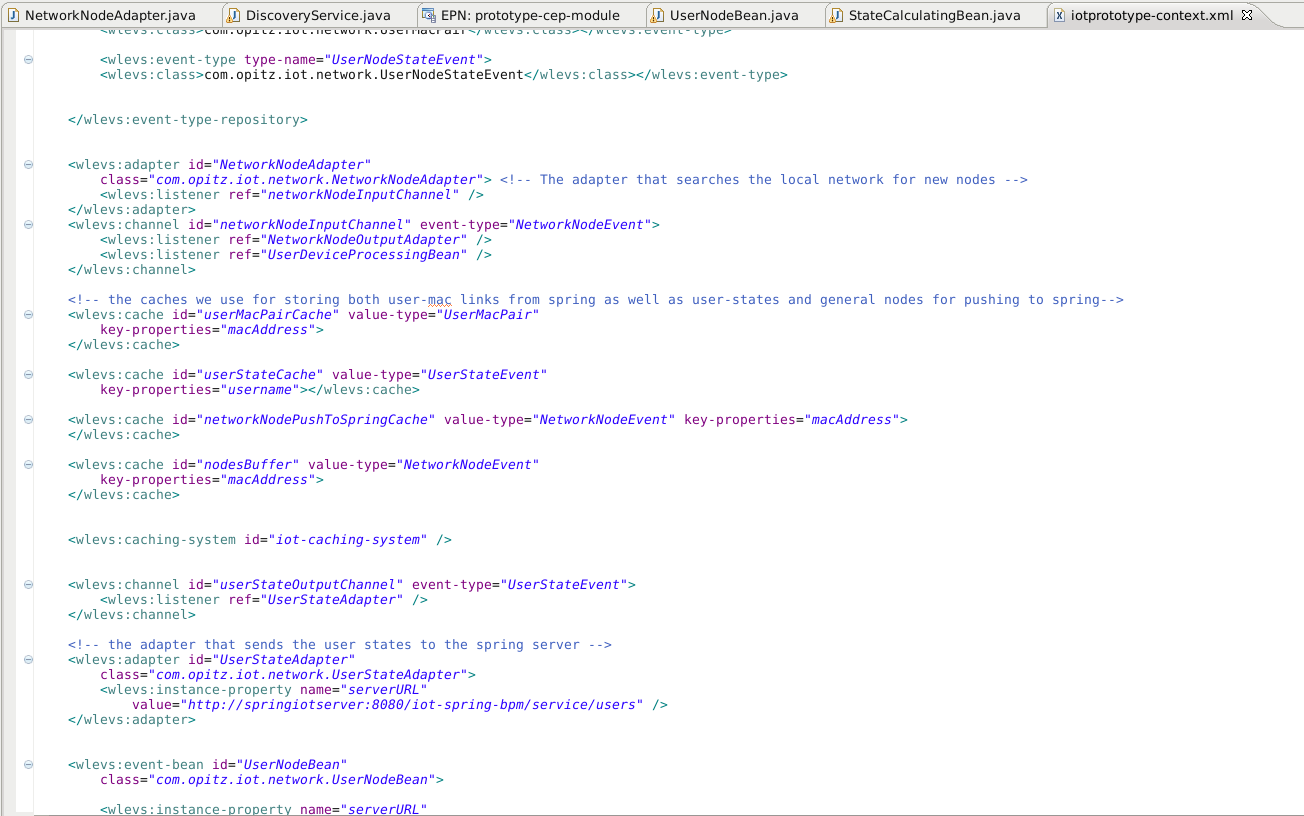 What we then do is this: 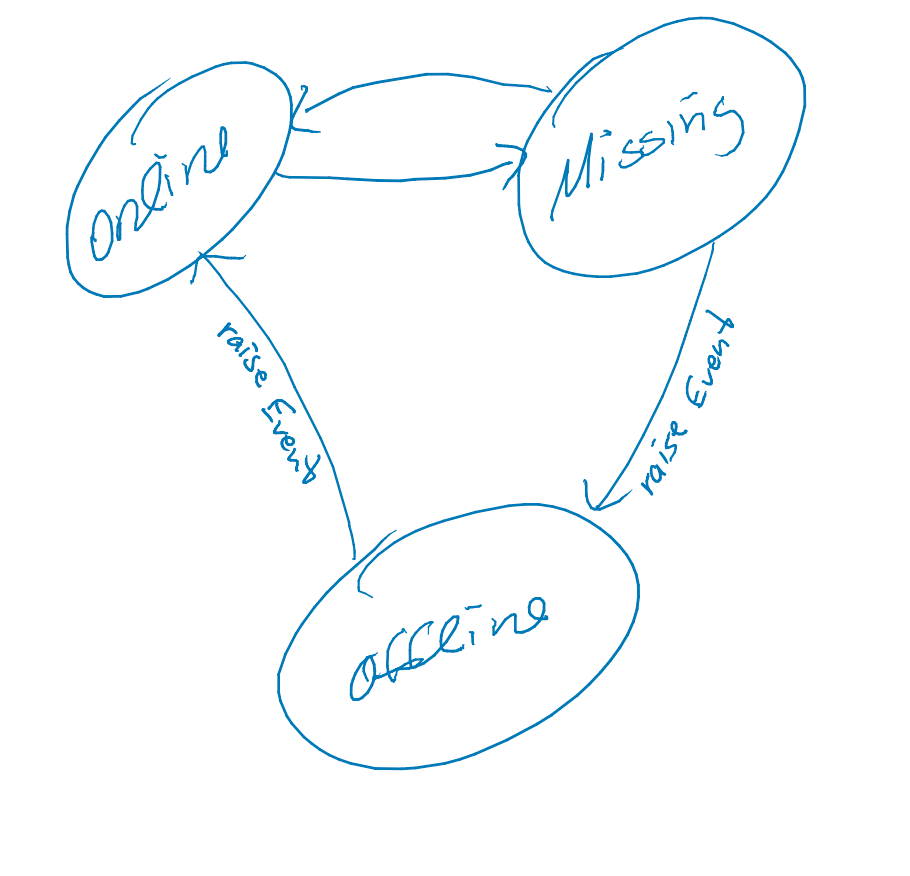 CQL (Continuous Query Language) is something that Oracle uses to filter events. While this is surely a great tool for people that are used to sql, it wasn’t anything for me, so I stuck to my java beans, which do the same job just fine. But I bet for database specialists this is a welcome tool.

Though I am usually a big fan of open source projects and prefer them over proprietary products, I was rather fond of this one. The installation was very easy and even though I’m usually a big fan of IntelliJ, if I must use something else I prefer Eclipse over jDeveloper, so this was a welcome change. Also the trial and error round cycles are really short, since one doesn’t need to redeploy a whole lot, it only takes a few seconds to republish changes on the code to the CEP server. Also once it works in the VM (there is a VM created by Oracle that I used which had everything already set up for SOA development) one can almost directly pull the .jar onto the Pi, start the server there and see it take off. No difficult configuration necessary. Having an ssh connection to both Pi’s lets me still work on one Computer and not have to switch between things.

Also I found this really easy to learn, since it doesn’t have as many components as e.g. BPM frameworks of these days. I was able to model my process with the EPN tool but could still keep all my actual logic and magic within my java code.

If you’d like to check the sourcecode, look on Github for my project.