The 7.11 and 8.11 were totally great days for everyone who is loving angular and its community. My name is Jan-Niklas Wortmann and I visited the AngularConnect 2017 in London. For everyone who is not knowing this lovely event (shame on you!), it is the largest Angular conference in Europe. There were up to 5 tracks at the same time, so in each case there is a topic you will( or should be) interested in. I will explain some of them in more detail below. But the best part of this event was the community and discussions you got by talking to each other. There were really interesting stories from people facing problems with angular and even more stories of people solving such problems.

But let’s start with the beginning….

The conference was opened by the keynote presented by Jules Kremer and Igor Minar. The keynote was very well presented. Jules and Igor talked about the Angular platform. They talked about the community which is an integral part of angular and its ecosystem. Due to current events, Igor told about the steps the Angular-team took, up to release version 5. He presented a huge performance improvement just by upgrading. Furthermore Jules presented shortly integral parts of the angular platform, like PWAs, animation, Server-Side-Rendering, …, and introduced some of the presentations of the next days.

After a short break, (coffee, private talks, and so on) Maxim Salnikov presented Service Workers and their use in PWAs. Maxim explained enthusiastically, but also calmly, the benefits of using Service Worker. Service Worker improve performance of an angular application by reducing network request. They also improve the usability of an application by offering the possibility to handle push notification, like the natively implemented ones. And the best of it, angular-cli in it’s newest version, is already able to configure completely Service Worker for your application. To get an overview about this topic I can highly recommend Maxim’s talk, to dig deeper I would point to his blog article about Service Worker.

Uri Shaked presented in his Talk „Breaking the Eyes“ easy steps developer should take to improve the accessibility of an application. He clearly demonstrates the importance of accessibility. Just by using common HTML-Attributes like ‚tabindex‘ and ‚role‘ you can improve accessibility so much and ChromeLens make it even easy to test your application manually. Great Advices. Great Talk!

Dominik Kundel, who is working for Twilio, presented highly interactive web security. He implemented a common web application and performed a security audit live on stage. On top of that he pushed his code to Github and explained very detailed how such attacks are working and how to prevent them. On top of that, he presented this, normally dry subject in funny way, which made listening easy. Strong recommendation for his talk (slides). Later that day I get personally in touch with him. He’s a really fun guy and a whisky lover, which makes him sympathic by definition!

„Purely Fast“ was the title of the Minko Gechev’s presentation. He implemented a demo application and showed techniques to improve the runtime performance of an angular application. The talk was very informative and very well presented. This was my fist personal highlight of the first day of AngularConnect. I can just recommend it each angular developer. For example, he showed the differences of using a pipe to a plain function. Very interesting! On top of that it was very easy to understand. I can just repeat myself and recommend it strongly! Afterwards Minko started a blog series for this topic, which is also very interesting.

After the lunch Svetlana Kouznetsova had a presentation about accessibility just with sign language due to her deafness. It was translated by another person. I was kind of flashed of the courage and the enthusiasm of this woman. I was literally overwhelmed. In her presentation, she talked about captions for example, which is obviously important for deaf people. But she also talked about the quality of caption. Interesting talk by a great woman.

The next talk was my second highlight of the first day, Alex Rickabaaugh’s talk about „Advanced Angular Concepts„. He showed advanced techniques of using dependency injections and queries in an angular application. But I don’t want to talk too much about this presentation to encourage everyone watching it. If you would just want to watch one presentation, I would recommend this one.

The afternoon sessions were introduces by Jeff Cross with his talk about „Pre-Rendering Strategies„. In this talk, Jeff demonstrate the concept of pre-rendering. In addition to that he talked about strategies, which means, that he showed some ways to handle highly dynamic content for example and pre-render it anyway. This was also a very interesting talk for me because I hadn’T seend pre-rendering till that day before, but I will definitely keep in mind for my next project.

„Angular Animations: Motion Makes Meaning“ by Lukas Ruebbelke was prepared in cooperation with Matias Niemela aka. yearofmoo. Lukas presented very interesting techniques to animate an angular application. Furthermore his slides were the presentation as well. Take a look at http://animationsftw.in/#/, then you are going to understand, what I have tried to say. Anyway, the animations with its implementation seemed to be just a little effort but the results were stunning! He also presented a way to construct the animations dynamically which means you could make context sensitive animations, completely programmatically, just by injecting the AnimationBuilder. Pretty interesting!

The last session at the jupiter stage was the „ng-game-show“ presented by Shai Reznik. Despite minor technical difficulties, this game show was very entertaining and informative as well. Shai asked a question to three participants. Each correct answered questions gave points and of course the participant with the most points won the game show. Quite similar to every common game show. But after some questions one of the participants had to fulfill some „silly“ tasks, like performing the „chicken“ dance. To be honest, some of the questions were quite easy, but some required a deep knowledge of angular. Shai who is a really charismatic made this event really funny. He handled the unplanned difficulties in such a relaxed way. Furthermore, he tried to blame some of the open source contributor, who were also attendant, for the problems. Really amusing.

These were the short summaries of the presentation I attended at the first day of  the AngularConnect 2017. Day 2 will be coming soon! 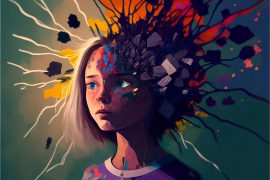